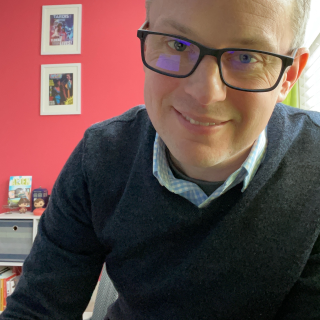 My name is Phillip. I live in North Carolina with my wife of 11 years and 3-year-old son, and at least for the next year, I’m on the right side of 40. (Both the interstate and existence, in years). I am a Tar Heel born and bred, and watch every Yankees game I can. My goal is to visit all 30 MLB stadiums in the next 10 years. I’ve been to 5 so far! Obviously I enjoy writing, but I also enjoy watching and reading sci-fi. I’m slowly attempting to finish my first novel, a “humorous” sci-fi romp which may be finished one day. I am a Doctor Who obsessive and choose Star Trek over Star Wars.

Thanks for stopping by!

© 2019 by Phillip Knight Scott. Unauthorized use and/or duplication of this material without express and written permission from this site’s author and/or owner is strictly prohibited. Excerpts and links may be used, provided that full and clear credit is given to Phillip Scott and phillipkscott.com with appropriate and specific direction to the original content.

I have some incredibly awesome news: my poem “Another storm” is included in a brand new poetry anthology, Pain & Renewal from the wonderful Brian Geiger at Vita Brevis Press. That anthology was released yesterday and shot to #1 in Amazon’s poetry anthology list. It is such an incredible honor to be included in this work with a wide collection of talented poets.

I don’t bother with the news
on television, where heads talk over
each other, no one listening nor
changing minds. A platform for despicable people
to “both sides” an issue, even
those where merit, truth, meaning dissolve
into deafening static, noise for its own sake.
I thought this would have changed
after 2016, this desire
to give equal time to unequal opinions, equal
time to lies.
So many other things have devolved
unequivocally. This morning a government official
said on camera the Statue of Liberty, a monument
who welcomes immigrants to the American Dream
should only invite
people who can stand on their own
two feet. My ancestors invaded before
her flame was lit, conquerors but white. Of course
that matters, giving rise to, supporting, and benefiting
from a system designed to burn, a fire warming some,
destroying others. From the ashes, civilization
more equal, but tilted still, for some.

Perhaps rather than change we have reached the end,
brought now through years of complacency
or compliance, distracting us as we change
the channel.